It is estimated that there will be over 55 million yogis by 2020.

A fun fact to know in this day and age. Yoga’s resurgence and popularity in India and across the globe can be widely attributed to the Internet. Although many fitness enthusiasts rely on cardiovascular and strength training, it is believed that yoga can be one of the forms of exercise to incorporate in your workout regime to improve flexibility, strength, and help relieve stress. While yoga is mainly attributed to the wellness of mind and calmness of the body, there is more to it than just these facts. Instead of venturing into the advantages and why one has to indulge in yoga, let’s look at the history of yoga.

Yoga was derived from the Sanskrit word Yuj which means ‘to join’ or ‘to unite’. Yoga is associated with the union of your mind with your body, uniting with your surroundings and nature, and your inner individual consciousness with universal consciousness. Yoga is essentially considered a spiritual discipline developed on subtle science that brings harmony between mind and body.

It is said that the practice of Yoga started at the very dawn of civilization while the science of yoga has its origin thousands of years ago, long before the first religions or belief systems were born. Historical evidence has proven the existence of Yoga since the pre-Vedic period (2700 B.C.), and thereafter till Patanjali’s period.

According to yogic lore, Shiva is seen as the first yogi or Adiyogi, and the first Guru of Adi Guru. It is noted that thousands of years ago, on the banks of the Lake Kantisarovar in the Himalayas, Adiyogi confined his profound knowledge to Saptarishis or "seven sages”. These seven sages traveled with the powerful yogic science to different parts of the world, including different parts of Asia, the Middle East, Northern Africa, and South America. Agastya, one of the Saptarishi who traveled across the Indian subcontinent, crafted this culture around a core Yogic way of life. While the current world has adopted a yogic lifestyle and practice, it was in India that the yogic system found its fullest expression.

Over the years, many forms of yoga came into existence. However, the modern period of evolution for yoga is considered to be between 1700 - 1900 A.D. as many Yogacharyas from Ramana Maharshi, Ramakrishna Paramahamsa, Paramhamsa Yogananda, Vivekananda contributing towards the development of Raja Yoga. During this period Vedanta, Bhakti yoga, Nathayoga, or Hatha-yoga evolved.

Today, yoga is associated with preservation, maintenance, and promotion of mental and physical health. While many believe that yoga is associated with the Hindu religion, it is to be noted that yoga does not adhere to or confine itself to any particular religion or belief system. Yogis who understood this shattered the myths around yoga and took it upon themselves to spread knowledge and wisdom. Some of the most prominent names in yogic teaching include Swami Shivananda, Sri T.Krishnamacharya, Swami Kuvalayananda, Shri Yogendra, Swami Rama, Sri Aurobindo, Maharishi Mahesh Yogi, Acharya Rajneesh, Pattabhi Jois, BKS. Iyengar, Swami Satyananda Sarasvati. They took the teachings left to the world by the first Spatarishis and showcased it to the world as yoga we see and practice now.
Wondering how to start yoga? Click on the link below to get started with your Yoga  journey!

Check out WorkoutParty! to do these home yoga workouts with a digital trainer and invite your friends to do it together. Go to: https://www.workoutparty.co 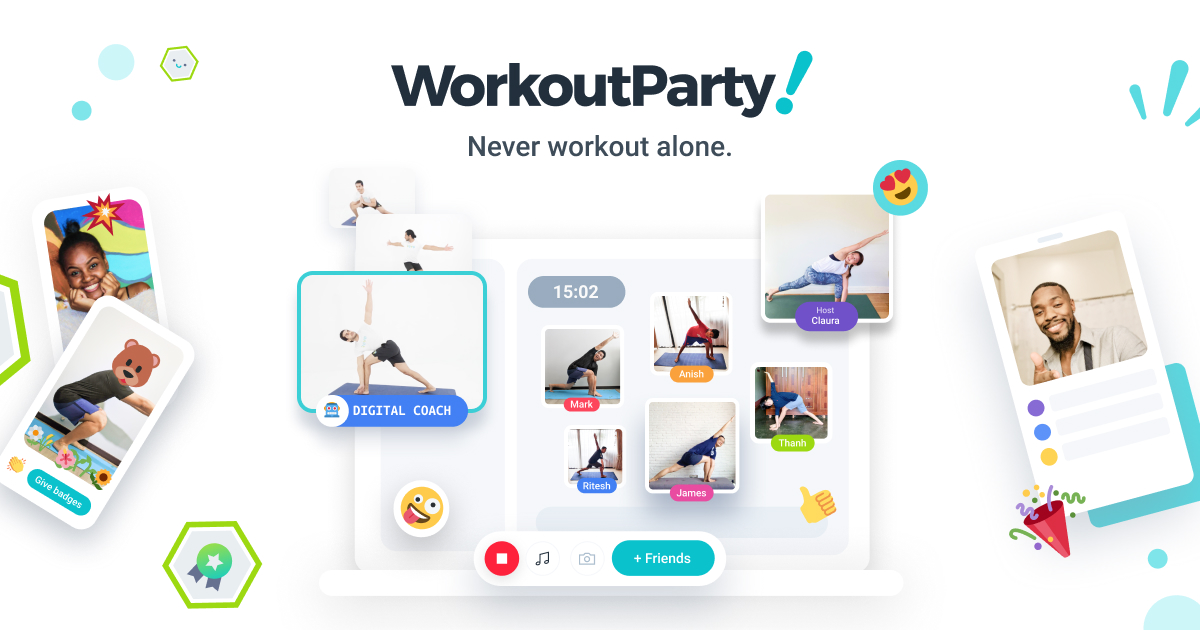 Hi, I am a Startup Cofounder and a Sales Ninja who occasionally writes blogs. I am a fan of Steve Jobs and MS Dhoni.